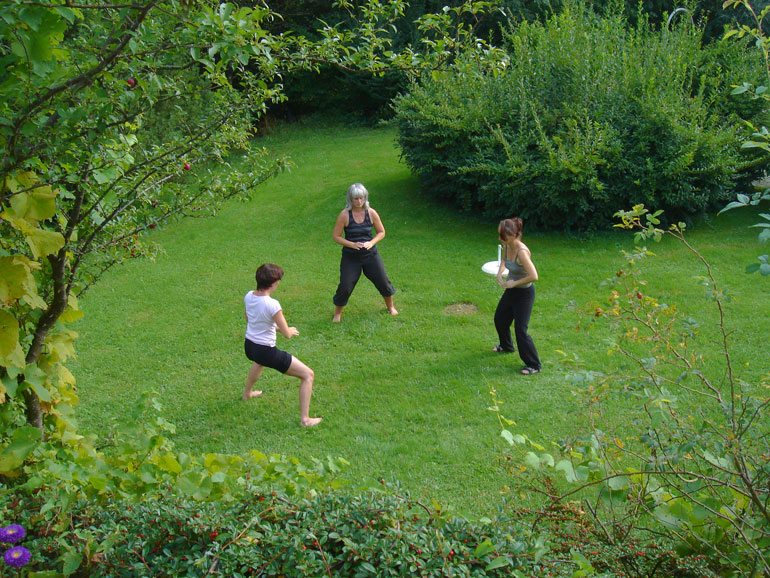 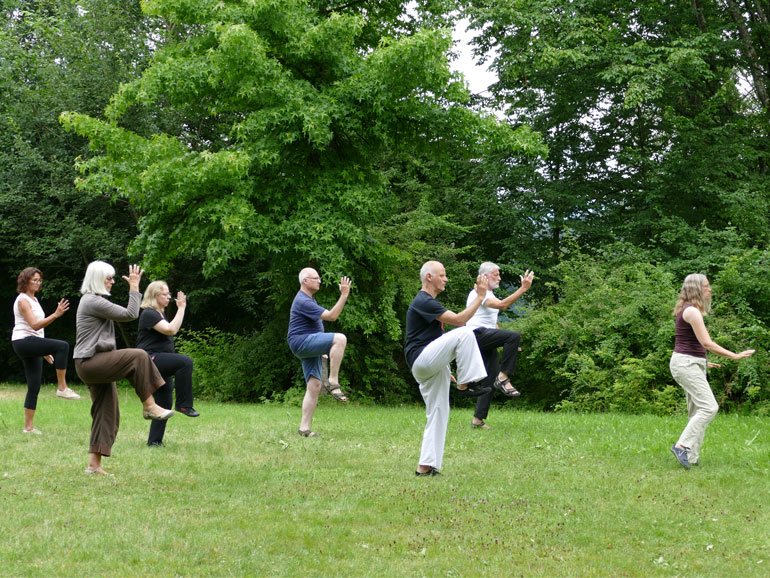 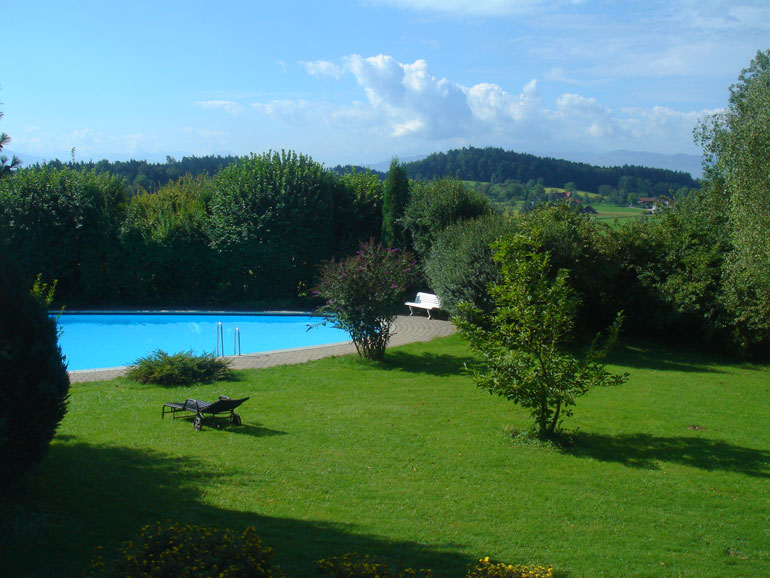 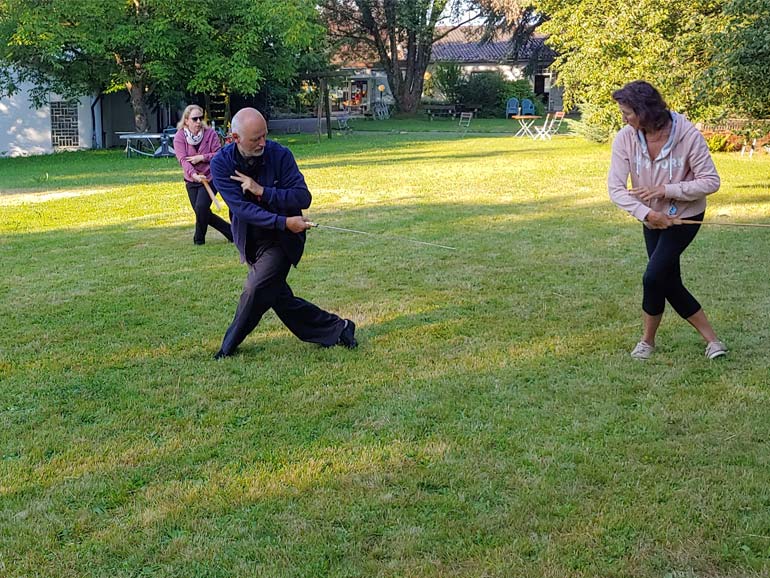 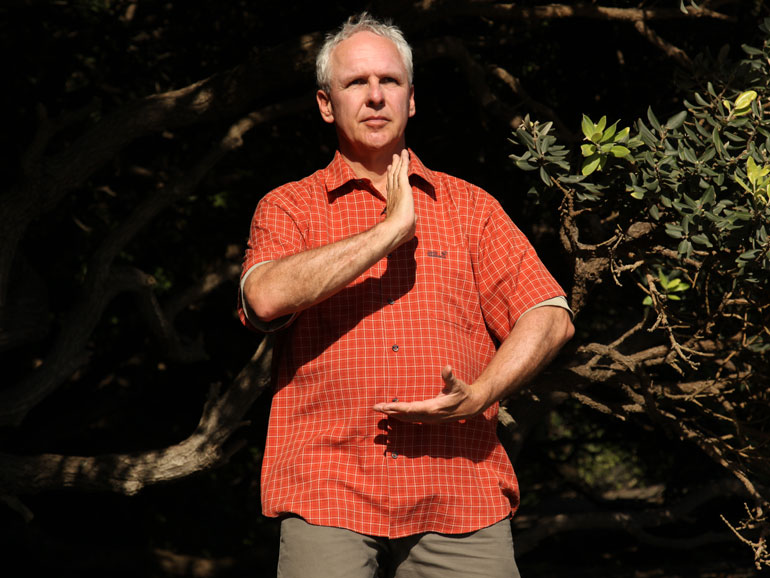 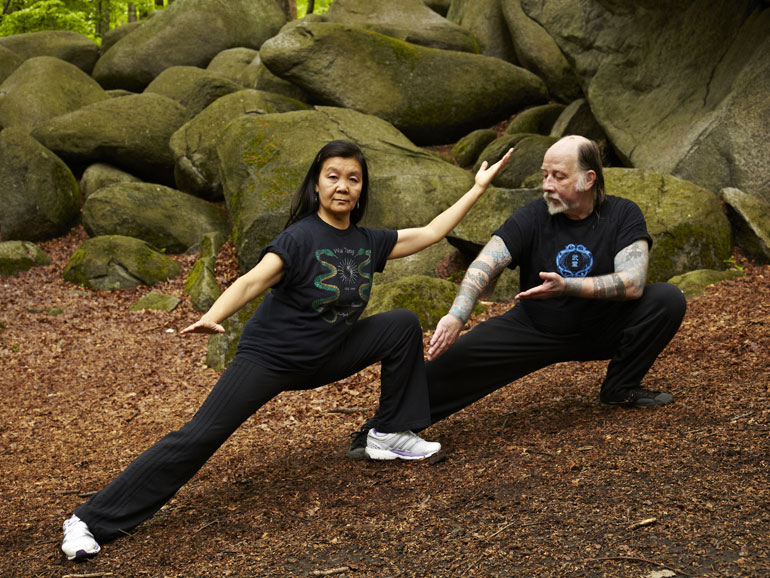 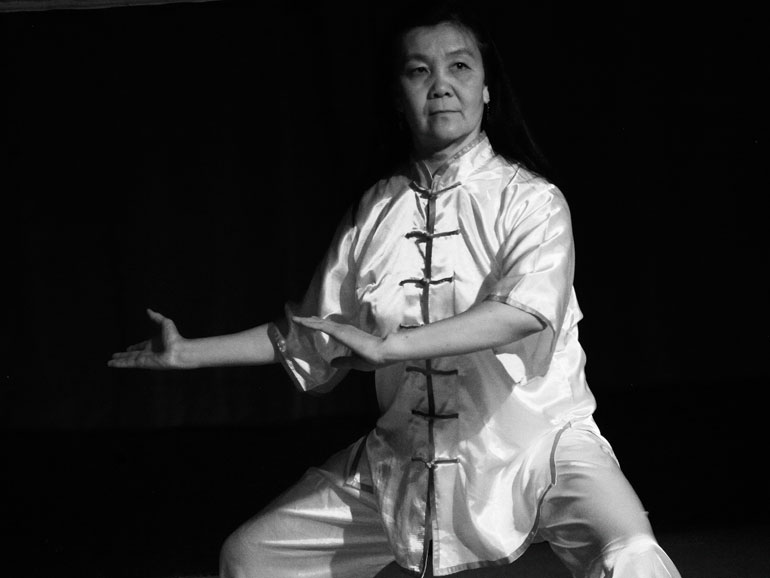 Tina C. Zhang is a native Chinese and moved to America in the 80′. She experienced martial arts and Chinese folk dance throughout her childhood and youth. Through decades of studying with the most respected Internal Martial Arts Grandmasters in China – Grandmaster Li Bing Ci and Grandmaster Liu Jing Ru, she is now practicing and professionally teaching the classical Northern Wu Style Taijiquan and Cheng Style Baguazhang as a lineage master.
She studied at Beijing University of Traditional Chinese Medicine Theory and Diagnostics, mentored privately by one of the most famous TCM doctor Kong Si Bo (1933-2011) Beijing. www.kongyitang.com She currently enrolled in Ph.D program of TCM in BUCM, Beijing. Tina successfully runs a clinic in New York City, as well as an accomplished author of Internal Martial Arts books. She co-authored with Master Frank Allen the books of “Classical Northern Wu Style Taijiquan,” and “The Whirling Circles of Baguazhang,” She is the program founder and author of “Earth Qi Gong for Women.” A new Chinese Medical Qi Gong book „The Three Treasures.“
With her knowledge in Traditional Chinese Medicine, skills in teaching and warm personality, Tina professionally teaches classes in New York City at www.WuTangPCA.com, workshops, retreats in the States, Canada, and Europe. Especially her Earth Qi Gong for Women program has been taught to countless women around the world. Welcome to visit the website at www.QigongforWomen.com

„The Three Treasures“ is a practical Medical Qi Gong set, which Tina has recently introduced to the world that came from all years of her study, research, practice and teaching both in China and U.S. The practice is based on Traditional Chinese Medicine theory of cultivating the energy along the fourteen meridian channels to enhance the functions of the internal organs, to restore the positive energy that enable the practitioners to balance their unbalanced energy and easy the tension of many kinds of health problems, and enjoy healthier life.

She continues to participate and win many medals in Martial Arts Tournaments in China and in the U.S. every year, covering the areas of Tai Chi Chuan and Ba Gua Zhang in forms, weapons, and push hands. Tina has appeared in the major martial arts magazines and in the Wu Tang Physical Culture Association’s instructional video series.
Her personal mission is to serve as a bridge between East and West. Tina currently teaches Tai Chi and Ba Gua classes at the Wu Tang PCA, various fitness gyms in New York City, workshops in Europe and summer retreats. As a professional instructor and personal trainer, she has helped many people achieve their physical and emotional health and fitness goals through her training methods. As well as the Internal Martial Arts Tina specializes in weight control, flexibility, women’s health, and energy therapy. 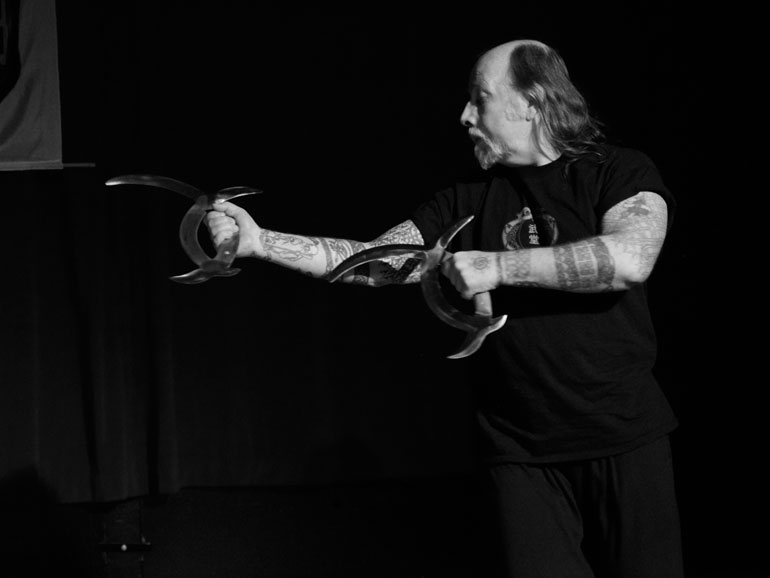 Frank Allen has studied and practiced the Internal Energy Arts since 1973. He was an early student of Master B. P. Chan from whom he learned the Internal Martial Arts of Ba Gua Zhang, Xing Yi Quan and Tai Ji Quan as well as the healing art of Qi Gong. Frank began to study with Master B. K. Frantzis in 1976 and over the next two and a half decades studied Frantzis’ Internal Arts, including Ba Gua Zhang, Tai Ji Quan, Xing Yi Quan Nei Gong, and Taoist Meditation. Frank Allen was the first person certified to teach the Ba Gua of B.K. Frantzis. Since 1984 Allen has been the disciple of Western Boxing Master, Verne “The Bulldog” Williams. Currently Frank travels annually to Beijing where he studies Northern Wu Style Tai Ji Quan with Grandmaster Li Bing Ci, and Cheng style Ba Gua Zhang, Xing Yi Quan with Grandmaster Liu Jing Ru and became a formal disciple in 2006.
In 1979 Allen founded The Wu Tang Physical Culture Association of New York City which has a brother branch in Frankfurt Germany. Over the years the Wu Tang P.C.A. has produced many tournament champions and a core of competent instructors. With 35 years of martial arts practice and professional martial arts instructor, Frank Allen is a truly respected martial art Master in the world.
With Tina Chunna Zhang, Frank Allen is the co-author of “Classical Northern Wu Style Tai Ji Quan: The Fighting Art of the Manchurian Palace Guard” and „The Whirling Circles of Ba Gua Zhang: The Art and Legends of Eight Trigram Palm“. He has authored or co-authored over thirty articles for the major martial arts and Taoist related periodicals in the U.S.A. He and the Wu Tang P.C.A. video production crew have produced twelve instructional videos covering the subjects of Ba Gua Zhang, Tai Ji Quan, Xing Yi Quan, Taoist Philosophy, Meditation, and The Fighting for Health System.
Allen teaches workshops around the U.S.A. and in Europe as well as his regular classes in New York City. He has been the Internal Martial Arts Instructor of Healing Tao U.S.A. University Summer Retreats since 1999 and in 2005 started a joint Healing Tao U.S.A. – Wu Tang P.C.A. Ba Gua Zhang Instructor Certification Program.